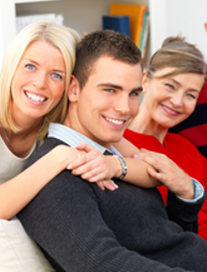 Oradell Transportation
Oradell is conveniently located for getting into the city... And getting out of it!  Learn about schedules and fares

Oradell is an affluent New York City suburb, located in the heart of Bergen County. Recognized as one of the top towns in New Jersey, the borough of Oradell borders River Edge, Emerson, Haworth, New Milford, and Paramus—all ultra desirable towns for buying and selling real estate in Bergen County. Oradell is the place to call home for those who seek a suburban lifestyle but want to be within easy reach of New York City.

Traveling to the city is a half-hour by car or as convenient as stepping on the train at the historic Oradell station. Oradell residents can experience both the excitement of NYC and the home-town feel of the parks, recreation fields, tennis courts, and skating pond. Oradell is also convenient to the “shopping haven” of Paramus—with its state of the art Garden State shopping mall, Paramus Park shopping mall, Fashion Center mall, and new Bergen Mall Discount Shopping center.

Among its many parks and recreational facilities is Walter M. Shirra park, a delightful park named for the former astronaut. Schirra Drive is an Oradell street located in the exclusive Blauvelt area of Oradell. Another famed Oradell street, Grove Street, contains many picturesque Victorian homes which have been used in numerous commercials In addition, the Latch String area of Oradell is known for its tranquil, country-quiet feel.


Homes in Oradell
Oradell does not have “cookie-cutter” streets or homes. An eclectic mix of colonials, capes, split-levels, and ranches, it is hard to find two homes exactly alike. You'll find a wealth of trees and parks, and homes of all ages and prices—from historic to new, priced from about $300,000 to well over $1,000,000.

www.realliving.com | Real Living Real Estate is a network brand of HSF Affiliates LLC, which is owned by HomeServices of America, Inc.TM, a Berkshire Hathaway affiliate.